Accidents happen. There will always be those days when someone asks “Why me?” when their life goes down the toilet in the form of their smartphone. It’s a given that just about anything that can happen will happen and everyone has a story about an outlandish or unlikely mobile phone mishap.

Accidents are inevitable and most sm 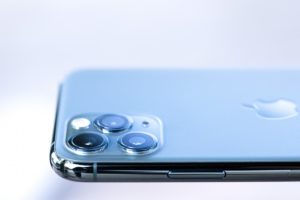 artphone failures result from accidents. If there is anything worse than a dropped call, it’s damaging a smartphone or an iPhone drop. Phones fall onto hard surfaces or into water in every circumstance imaginable.

The global marketing firm TNS found that four in ten people damaged their cell phone by dropping it in water or spilling liquid on it. Most spills were from drinks, with water cited as the leading culprit, followed by soda, beer, coffee and tea.

While it’s not unusual for a handheld phone to end up immersed in a beverage glass, surveys show that most iPhones are damaged when they fall into a toilet, sink, hot tub, swimming pool, lake or other body of water.

It helps to know the statistics on accidental damage to smartphones, because it allows owners to have peace of mind knowing there are easy and reliable ways of self insuring their devices. Almost everyone is vulnerable to cell phone damage, because 91 percent of U.S. residents are now mobile phone owners, according to the Pew Research Center.

Most of those millions of users maintain a lot of personal data on their phones, and the prospect of losing that private information is worrisome to most owners. One wireless phone manufacturer’s study showed that 73 percent of respondents are concerned about smartphone security to the point that a quarter of them said they would rather share a toothbrush than their phone.

For these awkward “what do I do?” and “can they fix that?” moments there’s warranty coverage for repairs or replacement. Just be sure to ensure the cell phone protection plan covers water submersion. Without that, a lot of money could go down the drain with an expensive dropped phone.

Water-damaged phones aren’t always dead or a total loss. The first thing to do with a wet or soaked smartphone is to immediately turn it off. Do not try to use it or see if it still works. Remove the SIM card, battery and memory card if it has one.

Gently wipe the device with a soft, absorbent cloth and shake it off. Avoid pounding which could cause the liquid to penetrate deeper into the device through its ports.

Try blowing water out of any openings with compressed air (let the air flow over, not into the device), but never use a hair dryer, even on a cool setting. Use a vacuum cleaner to draw water out, not blow it in. Also avoid using any kind of heat in an attempt to dry out a wet cell phone, as that could cause further damage. If it doesn’t power up after that, contact your phone protection provider for a repair or replacement.